I had always been a skinny bloke.  If I described my body frame I would say it was slight.  But after the years of drinking I started to get a beer belly.  At first I found it quite amusing and if I were honest I quite liked it as it was a novel experience to be called fat instead of skinny.

My drinking habits were as such:

The drinking was everyday but always with someone.  At no point did I drink on my own.  I made sure that I was never on my own so I could always have someone to drink with even if they were not drinking!

Now you can imagine what it was like drinking heavily mid week and trying to hold down a full time professional job.  I would struggle to get up in the morning, my performance was at best average and I would want to get home dot on when the clock struck 5.30pm.

I am not sure if my employers noticed or not as I never had a bad appraisal.  However during my final years of employment I never got a promotion either!  I stayed in employment till age 27.  I realised if I wanted to carry on drinking I could no longer work for anyone.  So I handed in my notice at age 27.  It never crossed my mind to stop drinking to carry on working.  It was to stop working and carry on drinking.

So now I was the master of my own destiny.  I could theoretically drink whenever I wanted.  I could drink Friday afternoon, Thursday lunchtime or even Monday morning!  Wow.  Freedom like that must be reserved for only the rich and successful.  I forgot that it was also reserved for the down and outs!

When I left my job I went on several holidays.  Some with Gareth from university.  We took a lot of drugs and simply partied.  I lived at no fixed abode usually sleeping on friend’s floors.  These friends were either drinking or drug buddies.   I had a great time with these people.  Often ending up in clubs or bars having a right laugh and meeting other drinkers and substance abusers along the way.  The funny thing is alcoholics, drinkers, drug users and abusers are just like you and me.  Totally normal people who you would know from other walks of life except they partake in indulgences.  I knew doctors, lawyers, graphic designers, midwifes, accountants, managers and the unemployed who all enjoyed getting out of it.

Again during this time drinking doesn’t feel like something I should not be doing.  So much fun is being had so how could it be hurting me in anyway?  Everyone drinks when they are young and at age 27 I still considered myself most definitely young.

During this time I was regularly using illegal drugs.  It was after a 3 day bender after millennium eve that I decided I was not going to take any kind of illegal drugs regularly.  I had enjoyed myself but the buzz was too long.  I had lost 3 days of my time and somehow I was uncomfortable with that.  The fact that I was not working was bad enough but being a junkie as well, well that was too much for me.  My love affair with drugs came to an end so I could focus on alcohol.  Alcohol was a lot more fun, easier to get, a shorter more manageable buzz and of course safer…….well that was I thought anyway. 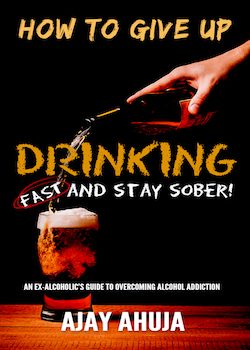